The Rev. Floran Mast, who grew up on a farm near Wakarusa, had already demonstrated an extraordinary gift for building churches and propelling other congregations to success. Mast was Church Extension Director for the North Central District of the Missionary Church when he was chosen in 1973 to become administrator of the denomination’s planned retirement home. He also lived next to historic Hubbard Hill farm and museum when a “For Sale” sign went up, and his 11-year-old daughter inspired him to acquire the seemingly out-of-reach property. “We had no land and no money,” Mast recalls. “We just had a vision.” That vision was fulfilled through prayer and the generous support of donors and volunteers, says Mast, who went back to school to earn an administrator’s license in the midst of the work. Vern Sailor, who bought Hubbard Hill, helped the district buy the 52 wooded acres instead. Weekend volunteers achieved a massive cleanup and repair of the neglected buildings and grounds. “After we had the site, the next thing we had to do was look for a loan for the building,” Mast says. “The banks wanted a 40 percent down payment and 13 percent interest on the $1.5 million-dollar loan. We had no money.”

After the long process of applying for a HUD loan, a call came one Wednesday evening that the application had been denied. Mast brought an unspoken prayer request to a prayer meeting that night and sang a praise song as he drove home. The next morning, Mast got a call that the loan was approved. “We started out with not enough income to make the project really go,” he says. “The loan only included the building. The furnishings all had to come by gift income, which was a project in itself. I went to see people that I knew.”

Mast, who was chaplain, administrator, and occasional plumber, working every other weekend, says board members and friends who contributed and left legacies in their wills helped Hubbard Hill pay off its property loan and position itself for growth. One $13,000 donation brought municipal sewer to the property, enabling the construction of more housing units. “It was wonderful how the Lord answered our prayer,” says Mast, who moved into Hubbard Hill with his wife, Naomi, some years ago. “To God be the glory, great things He has done!” Hubbard Hill continues the spiritual legacy of our founders and is the only faith-based, non-profit retirement community in the city of Elkhart. 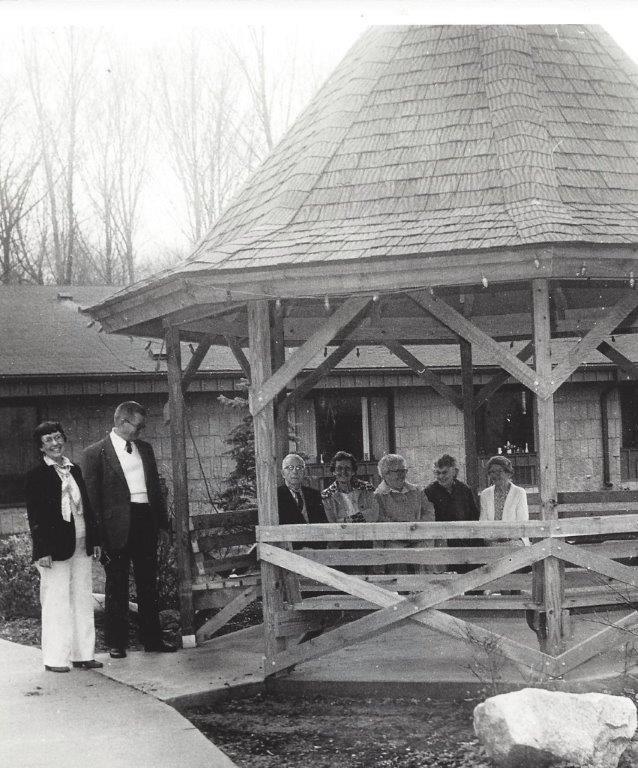